According to the released sales data for October, Geely Auto reported total sales volume of 152,263 units, a significant increase of 36.4% yoy and a substantial growth of 16.65% mom. The year-on-year and month-on-month growths increased by 10.8 ppts and 10.2 ppts, respectively from the previous month. In the first ten months, the Company sold 1,141,901 vehicles accumulatively, up 10% yoy. The Company completed 70% of the annual target of 1,650 thousand units.

The Proportion of High-end Models Increases, and the Intelligent Electrification Drives the Company to Make Continuous Efforts in High-end Branding

During October, GeelyEmgrand L Hi.P, which is equipped with the Leishen Power, and Xingyue L Hi.P, as well as the Haoyue L, a new model on the CV platform, and the Boyue L, a brand-new model on the CMA platform, joined the product lineup of Geely in succession, with reservations opened. It is worth noting that the order of Boyue L exceeded 26,000 units on October 26, the first day of the launch, and its sales volume outstripped 8,000 units in the first month of the launch, with eye-catching performance, showing the initial potential as a top-selling model.

In October, the sales volume of Lynk& Co was 16,439 units, a slight growth of 1.6% mom and a decrease of 24.27% yoy. Lynk& Co has newly launched the Lynk& Co 03, the Lynk& Co 03 EM-F, an intelligent electric hybrid model, and the Lynk& Co 09EM-P Voyage Edition. The replacement and upgrading of Lynk& Co is also in progress.

The sales volume of Zeekr, a high-end battery electric vehicle brand, reached 10,119 units relying on the Zeekr 001, exceeding 10 thousand units for the first time, up 22.3% mom. Since its launch, it has delivered 55.6 thousand units accumulatively, verifying the product strength in the fierce competition with new car-making forces. The Zeekr 009, a new battery electric luxury MPV with six seats, was officially released in November, cutting into the segment of domestic high-end intelligent electric MPV. It will further enrich the product matrix of Zeekr and facilitate the promotion of the strategy of high-end branding.

Recently, the Company announced its intention to spin off Zeekr for a separate listing. The valuation of Zeekr was close to RMB60 billion in the previous pre-IPO financing. If it is successfully spun off for listing, it will help Zeekr obtain more resources to seize market opportunities and realize a two-wheel ecosystem driven by industry and capital, which will also be conducive to the value revaluation of the parent company.

After the launch of the new generation hybrid technology Leisheng Power, the electrification and intelligent upgrading are accelerating, helping Geely return to the new energy vehicle racing track. In addition, the supply shortage of automobile chips and other factors are are expected to gradually improve or eliminate, and the long-term competitiveness of the company are still worth looking forward to and growth momentum remain unchanged. 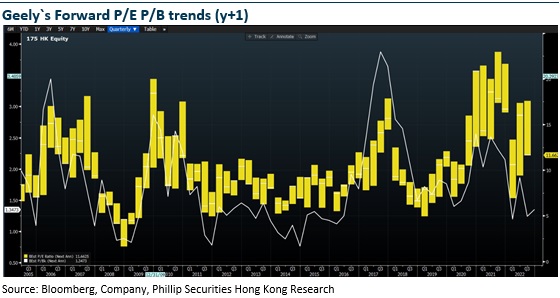 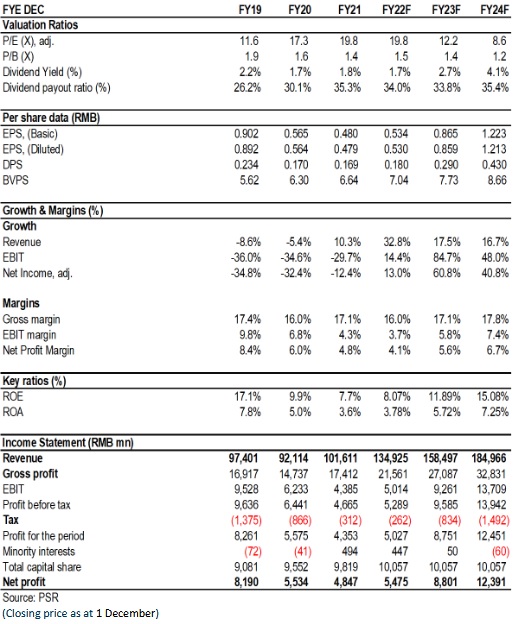