Kevin Chiu received Bachelor`s Degree from University of Bristol and obtained Master`s Degree with distinction in Accounting and Finance from Warwick Business School. Kevin once worked as an analyst in the Equity Capital Market department of China Securities International, and he is familiar with the operation of Hong Kong`s capital market. Kevin is currently a licensed research analyst at Phillip Securities and covers TMT / Education sectors.

The company has only published a few new games in 1H20 such as Xuan Yuan Sword – the Origin (軒轅劍–劍之源), Reborn! (家庭教師) and Demon Rebirth (魔域覺醒). Xuan Yuan Sword – the Origin (軒轅劍–劍之源) and Reborn! (家庭教師) have both achieved impressive results in 1H20. They both ranked second on the free list of Apple Store in the first month of their launch. At the same time, Demon Rebirth (魔域覺醒) also ranked first in terms of new game recommendation on the wan.360.cn game platform.

We truly believe that the upcoming year will be one of the most important year to the company since its establishment. Many highly anticipated games will be launched in 2H20 and 2021. First of all, the company will publish a number of new games, including The New Legend Of The Condor Heroes: Iron Blood and Loyal Heart (新射雕群俠傳之鐵血丹心), Life and Death Sniper: Zombie Frontier (生死狙擊之殭屍前線), A Record of a Mortal's Journey to Immortality (凡人修仙傳), Hua Jiang Hu: Bei Mo Ting (畫江湖之杯莫停), Soul Land: God of Battle Arise (斗羅大陸: 鬥神再臨), Legend of Immortal: Sharing the Sky (星辰變:共攬蒼穹). The New Legend Of The Condor Heroes: Iron Blood and Loyal Heart (新射雕群俠傳之鐵血丹心) was published on Apple IOS platform on the 20th of August. By leveraging on the excellent quality of the game and excellent advertising strategy (including advertising in multiple channels and celebrities` collaborations), the game has been ranked 1st on the App Store free list for 6 days consecutively after it was launched, and has been consistently ranked Top 10 on the bestselling list. According to the company's management, the operating indicators (user retention rate, DAUs etc.) of the game have all beaten their expectation prior launching. Comparing to previous similar games, this game is the first to obtained the complete authorization of the trilogy of The Legend Of The Condor Heroes and has also added new game modes. This game will give the IP fans a refreshing gaming experience. We truly believe that this game will be one of the hottest games this year.

In addition, the company will partner up with the internet giants (Tencent and ByteDance) and publish a total of 4 games, including One Piece: The Voyage (航海王熱血航線), The King of Fighters: All Stars (全明星激鬥), Dynasty Warriors: Hegemony (真三國無雙霸) and Monster List: Past and Present Lives (妖怪名單之前世今生). The ARPG market around the globe is huge but there isn`t a single ARPG game or game developer taking over the market. Dynasty Warriors: Hegemony (真三國無雙霸) is an ARPG game with huge market anticipation, we expect it will have a great performance after launching. The game is exclusively distributed by Tencent in China and the company will be responsible for the global distribution. In conclusion, we believe the collaboration with internet giants can on one hand fully demonstrate the high recognition of the company's capabilities from the industry leaders, and on the other hand help the company's games to reach for a more diverse user group.

The oversea markets are expected to be the new growth engine for the company in the future. 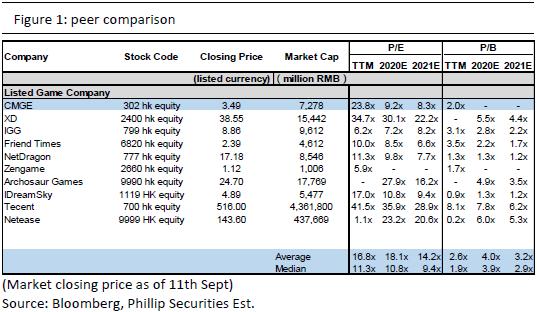 The risks to our target price are 1) failure in licensing IPs and games 2) failure in developing games in-house 3) failure to obtain or maintain all applicable permits and approvals 4) loss or deterioration of our relationship with game developers and publishing channel 5) The revenue generated from games are below expected. 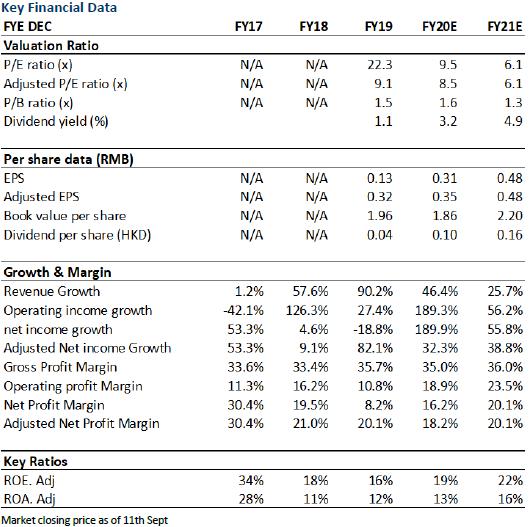 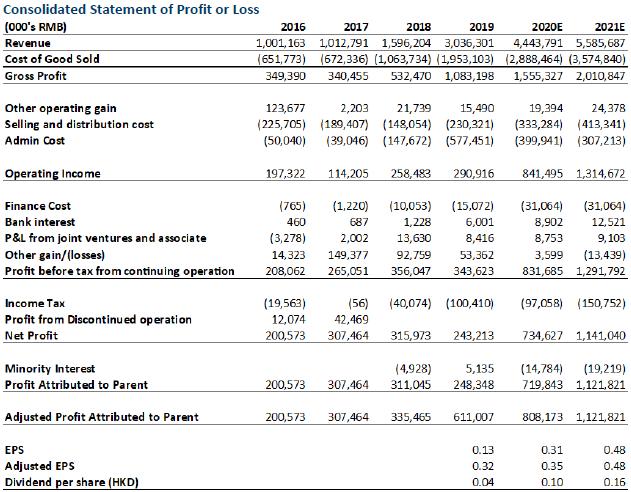 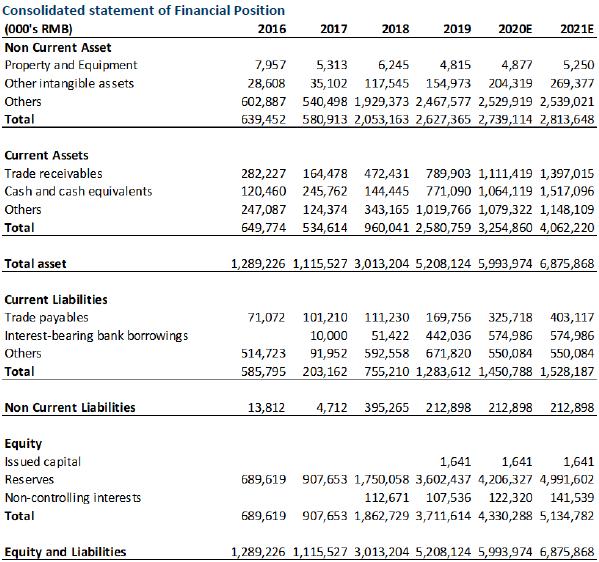 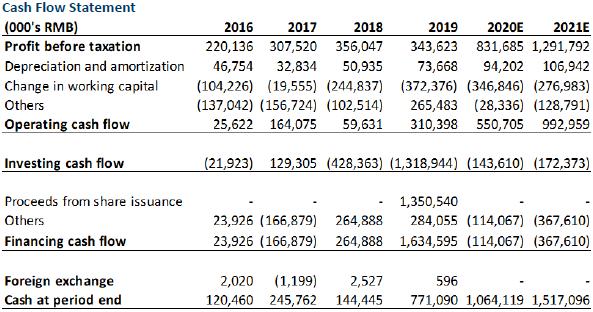